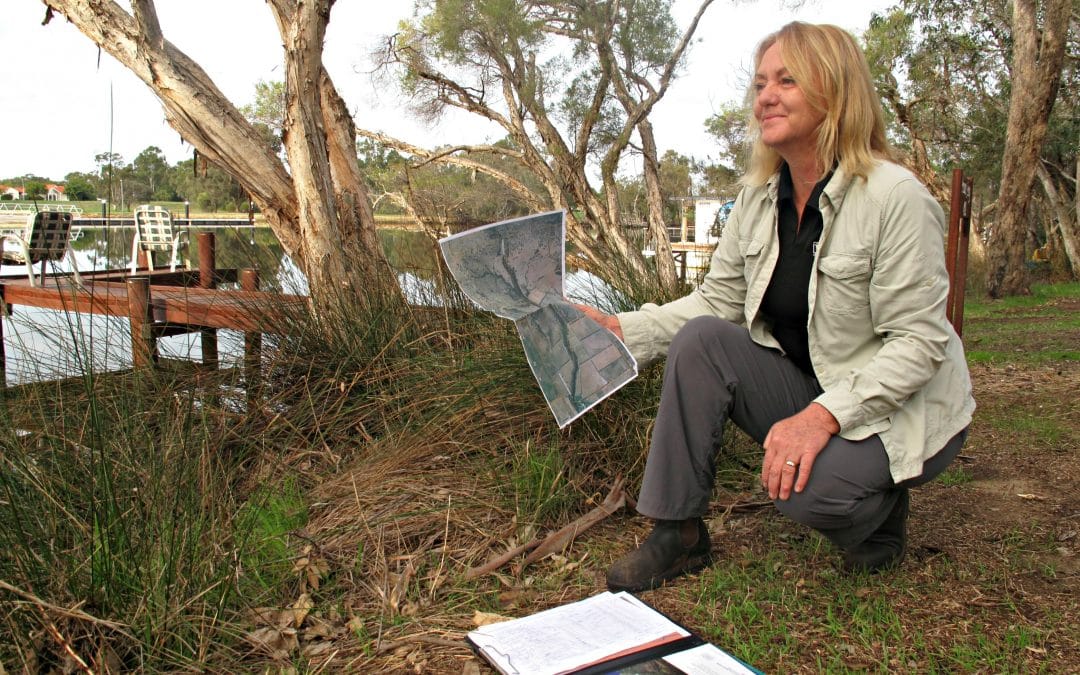 22 June 2015:   Key natural resource management issues for the Murray River are under careful consideration thanks to a major review of the river’s action plans. The river action plans (RAPS) are significant documents which set priority Landcare works for the mid reaches of the Murray. They have been developed by the Peel-Harvey Catchment Council (PHCC) in partnership with the Shire of Murray with the support of the Department of Water and the local community.

PHCC chair, Jan Star A.M. said the two newly released RAPs for the lower and middle reaches of the Murray River assessed and quantified results of previous river action plans prepared in 2003 and 2008, and had identified improvements.

“The Murray River’s health needs our focus and attention. Bank degradation has been attributed to boat wash, lack of native vegetation and stock access. These 2014/15 RAPs show an increase in vegetation and a decrease in bank erosion in some sections of the riverbanks where Landcare restoration works such as river bank stabilisation, fencing and revegetation have been undertaken,” said Jan Star.

The Peel-Harvey Catchment Council is continuing to work on priority natural resource management issues along the Murray River, most recently in repairing riparian corridors to provide habitats and food for native wildlife under their large Rivers 2 Ramsar biodiversity project.

The Shire of Murray is supportive of the Peel Harvey Catchment Council (PHCC) and its extensive restoration efforts as part of the Rivers 2 Ramsar Project.

The Australian Government has committed over $3.5 million to restore ecological corridors across the Peel-Harvey catchment to re-establish habitats for native fauna. The project, named Rivers 2 Ramsar to reflect the linkage between the region’s rivers and Ramsar-listed wetlands, is occurring concurrently across six priority sites in the 11,940km catchment.

Community-based natural resource management (NRM) organisation, The Peel-Harvey Catchment Council, is managing the delivery of the over-arching project with no less than seven key partners, numerous stakeholders and community members.