Taking the Pulse of our Ramsar-listed Wetlands 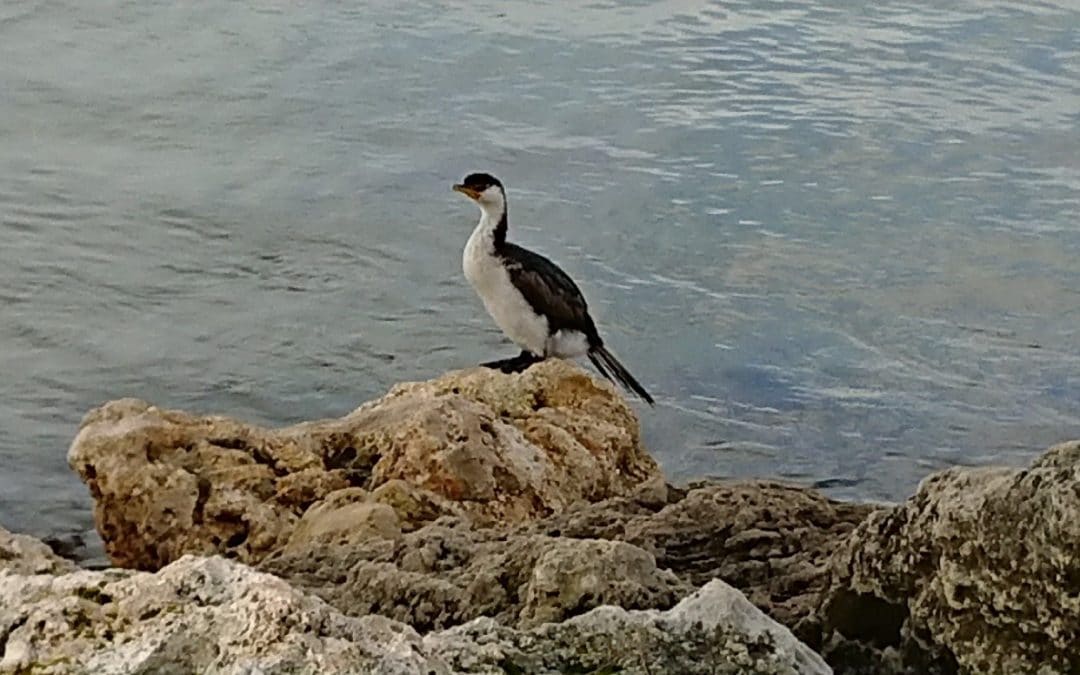 A Little Pied Cormorant...  Recent survey work has been carried out to assess the nesting and population dynamics of this species.  The results can be used to provide an indication of the overall health of the Peel-Yalgorup Wetlands.

How can you tell if the ecological health of our beautiful Peel-Yalgorup Ramsar wetlands is OK?  Well, one way is to monitor the population of key waterbird species and use this as an indicator for overall system health.  As part of the monitoring program for our local wetlands, two species of cormorant – the Little Black and Little Pied – are checked every few years or so to see how they’re getting on.  To this end, Bill Rutherford and his team from Ornithological Technical Services recently carried out an assessment round which involved checking known nesting locations for these birds, as well as carrying out investigations to see if new nesting colonies have been established. The results of this survey will be compared to similar assessments made in 2010 and 2016 to see if nesting rates and the overall population is declining, stable or increasing.

The Little Black Cormorants feed mainly on fish taken directly from the water, while the Little Pied Cormorant tends to feed more on crustaceans taken from the bed sediments of a waterway.  Thus, by assessing both species, an indication is gained about the health of small fish and fauna in the bed of the waterbody.