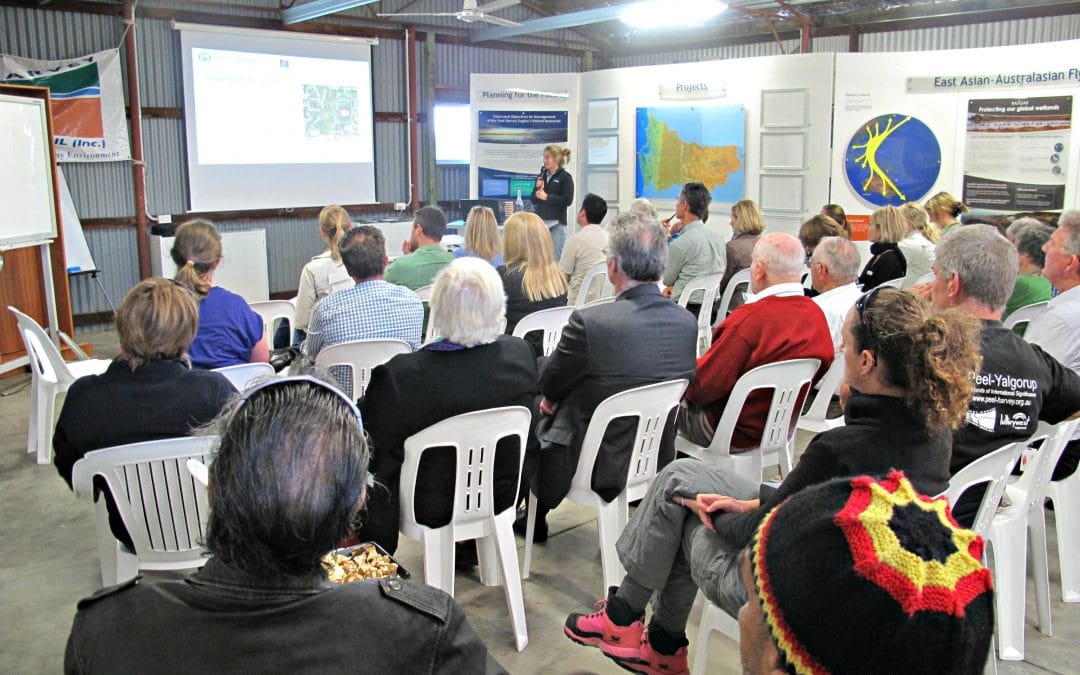 Rivers 2 Ramsar project partners came together to celebrate their achievements.

Partners involved in the delivery of the region’s largest biodiversity project met this week in Mandurah to celebrate the many outcomes achieved in the last 16 months.

The Australian Government has committed $3.6 million to restore ecological corridors across the Peel-Harvey to re-establish habitats for native fauna. The Rivers 2 Ramsar project, named to reflect the linkage between the region’s rivers and Ramsar-listed wetlands, is occurring concurrently across six priority sites in the 11,940km catchment.

The Peel-Harvey Catchment Council (PHCC) is managing the delivery of the over-arching project with no less than seven key partners and numerous stakeholders, all of whom attended the event.

Jan Star AM., Chair of the Peel-Harvey Catchment Council, said Rivers 2 Ramsar is creating a number of environmental, economic and social benefits.

“The plant disease Phytophthora has been controlled across 780 hectares, 1,000 dieback resistant Jarrah trees are being planted, and four seed banks have been established. Extensive River Action Plans which will drive priority actions for the next three years for the lower and middle Murray and lower Serpentine rivers have been completed.”

“To date, Rivers 2 Ramsar has encompassed 31 Noongar engagement activities including a milestone training project which has allowed thirteen community members to reach national accreditation in chemical safety and handling. Working with Noongars back on country has included seed collection and cultural site mapping. As well, cultural walks hosted by the Noongar community provide appreciation of traditional owners’ values and their country giving a direct connection for all participants between the cultural and environmental significance of a site.”

The large scale biodiversity project is presently in Stage 4 of 8 and is on schedule to finish in 2017.