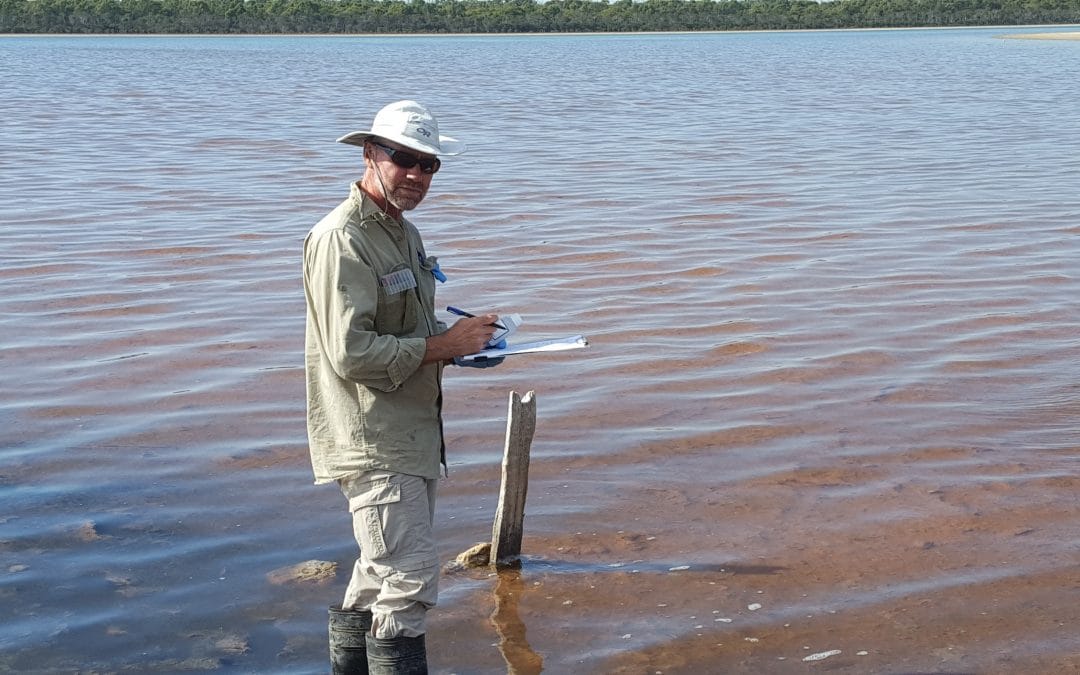 …the closest thing PHCC have on their staff to a wandering shorebird!

First migration: Drove overland from the UK to Australia in 1988.  First spotted (& “banded” – he got a parking ticket) in Darwin.  Spotted a few months later at Trial Bay on the mid-north Coast of NSW.

Third migration:  Recorded nesting at Armidale NSW between 1992 – 1995.  Produced one chick (and also got an environmental science degree).

Fourth migration:  Recorded foraging along river banks in the Taree area on the mid-north coast of NSW between 1996 and 2004.

Fifth migration:  Inland waterways plumage near Albury-Wodonga on the NSW / Vic. Border 2004 – 2014.  The chick was well grown by now and left the nest.

Sixth migration:  Reverted to coastal plumage and recorded on the far-north coast of NSW near the Queensland border 2014 – 2018.

Seventh migration:  Went crazy for an old bird and flew all the way to Mandurah!  Recorded skulking about Yalgorup Lakes wetlands.  Been spotted on-and-off for about a year – but who knows where he’ll turn up next!